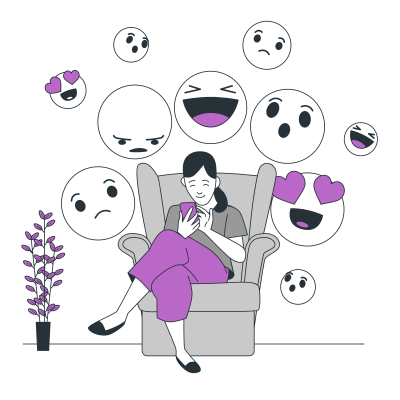 Our insights within mobile trends and consumer habits in Asia

Nowadays, the internet is becoming an indispensable part of our daily life. People not only use the internet via their working devices such as computers or laptops but also on their mobile phone devices. There is around half of the population using the internet – which is around 4 billion people. 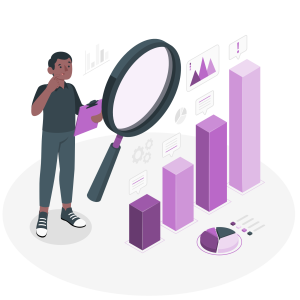 Consumers are using the internet on their mobile devices to purchase products and services. That’s why there are many enterprises pushing their marketing activities in order to approach their customers in the e-commerce industry.

There is 45% of users having internet visits on commerce sites. Smart consumption is a new trend that can help internet users get access to relevant and interesting information easily and fast. At the same time, they also increase their daily life activities on social networks that may bring values to their life standard. Internet users are ready to purchase all products and services when they can connect to the internet whenever they like and at any location. People can now have the luxury to purchase items during their journey home, on the train, on a bus, or even while watching a movie at home. The item purchased can be delivered within a few hours and it saves them with a journey to the shopping mall. This is all connected with an early smartphone adoption, especially in South East Asia. E-commerce platforms are booming as people are now more and more focused on spending quality family time at home. This is also one of the reasons why internet penetration is quite high in most regions in South East Asia.

Besides that, people who live in rural areas also have high internet penetration with the number equal to internet users in the cities. Mostly, they use their mobile devices to connect the internet for chatting with friends, seeking information, or go shopping. Smartphone penetration is quite high in countries such as South Korea, Hong Kong, Singapore, and so on.

The importance of social communication

Currently, the social network has surpassed the search engine to become the most popular online advertising tool which has been used by many enterprises. In general, social networking is not only used the most but also considered as the most effective advertising channel today because it connects you with a wide range of providers, sellers, or even individuals around the globe. You get connected in an instant!

Nowadays, people are using the internet to connect with their friends and family. Therefore, Facebook messenger is considered as the first most important communication tool with more than 1.3 billion active users monthly. Other mobile messenger apps are used such as QQ mobile, Skype, and WeChat. Secondly, mobile internet users also use their devices to watch videos. 58% of internet users are using their mobile devices to watch online videos via Netflix and Youtube, in recent years.

Thanks to the expansion of 4G telecom technology, the rise of 5G and Facebook social networking, the flow of sales through live stream, or streaming (a way of selling online via live streaming video) is developing very fast and is expected to grow strongly in the next two years. E-commerce experts say that this method will be good for e-commerce businesses, especially when instant shopping becomes a new trend amongst customers. For example, in China, the above-mentioned sales are professionally organized. Social media retailers regularly post videos that have been filmed at the studio, with the participation of models. This has become a form of mass appeal among netizens (people use the internet often) in the country. The fact that China has a smartphone penetration which is over 63% definitely helps as it gives retailers a strong potential amount of customers. Shopping and buying online with your smartphone is something to target and include in anyone's marketing plan.

Social networking is not only used the most but also is considered as an effective advertising channel equivalent to the search engine. It is noteworthy that the factor that influenced the decision to shop online was the introduction of friends and relatives (47%), while newspapers and television ads stood only third (33%).

2018  was a busy year for the smartphone market, with a series of new products launched. According to a study conducted by GSMA 2018, Pacific Asia was the biggest market for mobile devices in the whole world. Recently, many mobile phone brands quickly penetrated into this market, such as Apple, Samsung, Huawei, etc. This can influence everything from finance to consumer spending. Consumers spend a considerable amount of time on their smartphone on a daily basis so it is best to target them on this device.

After half of 2018 had gone by, a number of new trends and technologies emerged in Asia along with many Chinese brands such as Huawei, Oppo, and Xiaomi. Most of the smartphones launched this year used glass material for the back. This material not only increases aesthetics but also supports RF connection without antenna lines (Radio Frequency is a connection that helps mobile phone performance become smoother). Following the research done by Counterpoint, Apple took almost 64% of the smartphone portfolio in the glass back design with the iPhone 8 series and iPhone X.

Besides the glass back design, battery performance was also a key factor of this innovation in 2018 with 3.422mAh and an average battery life of up to 82 hours. However, only 22% of them can be used for wireless charging. Currently, Android phones provide facial recognition as a common standard with low security. In the meantime, following Apple’s path, many smartphone manufactures are improving their products’ hardware and security solutions so that consumers feel some layers of security while using their device and won't hesitate before shopping online through their smartphones with all the security features in place.

Chinese smartphones are popular. Why so?

Although the development of smartphones in 2018 has rapidly increased, customers also based their purchases on price. Android smartphones made by Chinese brands were the top brand chosen by customers because of their lower price and overall good performance. Although the competition between Apple and Samsung with regards to technology is very obvious in the market, Chinese smartphones were still in the game with affordable prices for customers.  Smartphone users are definitely the target to have in mind.

Oppo and Vivo’s brand images were invested in following the F and V product series. They have launched loud marketing by inviting many KOLs (Key Opinion Leaders) and Celebrities to represent their brands, which is always a great strategy, especially targeting Millenials. Following the development of mid-range smartphones, Apple and Samsung also presented their products, like the Samsung  J Series, and the iPhone SE, the newest version of the iPhone XS.

When Chinese smartphone brands began to expand their business in South East Asia, customers continued to purchase smartphones based on them having a reasonable price rather than based on brand reputation. Consumers now have more choices when it comes to buying a smartphone, and Chinese smartphones will be on the market for a while to come and more models will be developed in the foreseen future to attract a wider population.

Smartphone Penetration in Asia:
this is just the beginning of a new era

When we compare Asia to the West, for example, The United Kingdom has a penetration rate of 82% when it comes to smartphone penetration which is much higher than Asia but because the West tends to have wealthier countries with a consumer who has higher spending.

Though, in recent years, we saw a rise when it comes to the usage of mobile internet and smartphone penetration, especially amongst younger people. Researchers have noticed an early smartphone adoption - especially amongst 18-34 years old. Let's also not forget that South East Asia provides one of the cheapest internet coverage worldwide. On the top of cheap mobile internet packages, there have been significant infrastructure investments by 4G providers that can explain the growth in mobile penetration.

The increase in mobile penetration is good for businesses, international trade, and e-commerce stores, as we discussed. Everything is connected. If the internet penetration rate increase, the economy of the country is likely to prosper too. Also, younger people are likely to be more exposed to smartphones and they are also the target group who is likely to spend more time online on social media and various e-stores with smartphone users. Southeast Asia and Asia overall are becoming exciting regions for companies to do their research in. There are diverse topics to conduct research such as mobile internet, mobile trends, e-commerce trends, or how consumers research information online before purchasing a product or a service across Asia. There is no limit to your research when it comes to smartphone users!

When it comes to outsourcing market research services, TGM can help you with your project. It is best to know how to conduct market research and get the best tips from experts. We specialize in collecting insights through our online panels and a fully dedicated market research team.

Apart from the panels, and to further reach increase, TGM Research uses a global mobile network of publishers (more than 30 000 different mobile apps globally) such as mobile social networks, games, apps, IM services, news sites, portals, mobile websites, etc. When TGM panels and publishing networks fall short of requirements, TGM has a large panel of quality-vetted partners. We can help you and your business to gather the insights you need. Do not hesitate and reach out to the TGM team now and start your project on the right path.

TGM Academy aims to educate on the transformative potential of market research and insight technology. On this website, you'll find articles covering everything from research design, sample selection to analysing results.

Connect with us on Social Media: